Through the Inova USP Innovation Center, the University of São Paulo is building a brand new international research center. In  collaboration with the Belt and Road Research Institute for International Cooperation and Development (acronym BRRI) and Shenzhen University, USP signed on January 17th 2022 an academic cooperation agreement for the creation of the China-Brazil Research Center for Innovation and Competitiveness. The agreement states that the new center will engage in academic activities, as well as business and entrepreneurial ventures. Learn more about the new research center project here.

The China-Brazil Research Center for Innovation and Competitiveness is a new project developed by the Inova USP Innovation Center, Shenzhen University, and the Belt and Road Research Institute for International Cooperation and Development (BRRI).

The BRRI is a Think Tank connected to the Belt and Road Initiative, a federal Chinese program for integration with countries from all over the world. It is also known as the Silk Road Economic Belt, the Maritime Silk Road of the 21st Century, or the New Silk Road.

The center will be located at the Inova USP building on the São Paulo campus and will work alongside the Advanced Studies Institute (IEA) and the Pro-Rectory of Research. It will be led by Glauco Arbix, professor at the School of Philosophy, Languages and Literature, and Human Sciences (FFLCH) and coordinator of IEA’s Innovation Observatory.

The cooperation agreement establishes that the new Center will undertake academic activities, such as the creation of new partnership research groups and the development of graduate and post-doctoral programs, as well as business and entrepreneurial endeavors, including the launch of a platform that offers opportunities for innovative ventures, both Brazilian and Chinese. The center will also set out to attract companies from both countries for its advisory board.

During the signing ceremony, which was held online, the Vice-Rector of Shenzhen University, Zhang Xiao Hong, pointed out that the agreement is the starting point for a productive partnership between both institutions, that can work together to build a platform of development and cooperation able to promote educational exchange and academic resources. The Vice-Rector also emphasized the center’s potential to strengthen both institutions’ innovative capabilities with bilateral strategies and the congenial relationship between China and Brazil.

USP’s former Rector, Vahan Agopyan, recognized in his speech the importance of China as one of Brazil’s main investors and pointed out the importance of increasing such partnerships. Agopyan also said that, as a broad and multifactored research university, the areas of cooperation involved in the eration, such as digital agriculture, smart cities, bioeconomics, international relations, and public policies, are all essential topics for USP.

BRRI’s President, Tao Yi Tao, discussed the institute’s lines of action and highlighted the importance of the agreement, which will enable joint research and student exchange between both countries. Marco Antonio Zago, president of FAPESP (acronym for Fundação de Amparo à Pesquisa do Estado de São Paulo) reiterated the commitment of the São Paulo State research agency to supporting the participation of researchers from the state of São Paulo, and stated that China and São Paulo have a  cooperation history that stretches beyond academic activities, with an emphasis on commercial and industrial cooperation. 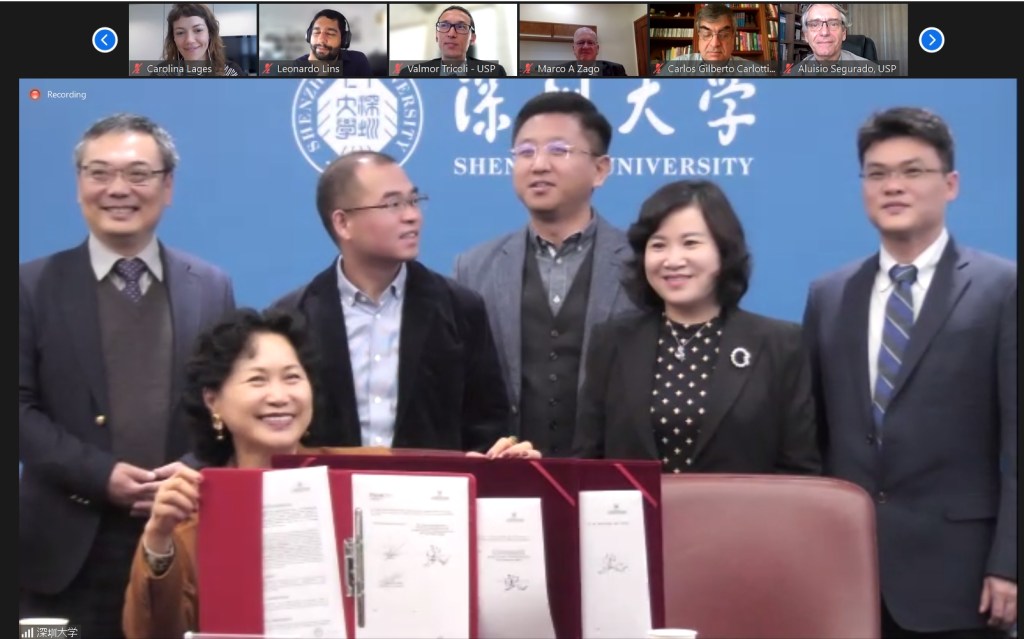 The Inova USP director, Luiz Henrique Catalani, stated that the new center is a landmark of a new era between Inova USP and the BRRI. Glauco Arbix, center coordinator, also explained the next steps, such as setting up a cooperation plan and an implementation schedule.